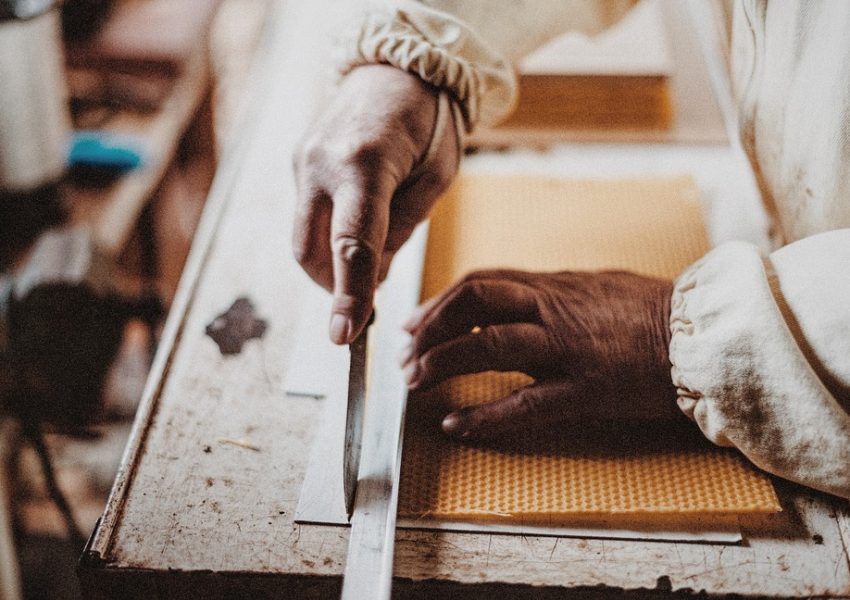 Whether you’ve just gotten started in backyard beekeeping this year, or are an established beekeeper starting some new hives, you likely have some relatively small beehives to manage. In such cases, the old adage, “Colonies should be built up FOR the main flow, not ON the main flow” should be kept in mind. This is especially applicable for beekeepers whose main flow next year will come in the spring or early summer.

Beekeepers should keep in mind the fact that the more populous the hive, the more efficient its honey production. A single hive with 60,000 bees will usually produce twice as much honey as the total honey produced by two separate hives each having 30,000 bees– even though the two smaller hives together have the same total number of bees as does the one larger hive.

In most parts of the country, there might not be enough time to build up a small hive into a large one for next year’s main flow, but maximum progress in this matter should be the goal. There are two areas of concern: one, building up the population of the hive, and second, inducing the bees now to draw enough foundation into comb for future honey storage to prepare for next year’s main honey flow.

Depending on the time of year, the bees themselves might not always be very cooperative in either matter. They usually both rear brood and draw out foundation most vigorously in the spring. Still, progress in building up and drawing out foundation can be expected throughout the summer and perhaps even during the fall.

The first step is for the beekeeper to have a clear understanding of his goals. How large a population of bees should he aim to over-winter with? How much honey from the main flow can he expect next year, and how many more supers (with combs, not foundation!) will he need both for brood rearing during spring build up and for subsequent main flow honey storage? If he is new to beekeeping in his area, he should consult with local established, successful beekeepers.

Essentially, inducing bees to raise brood and draw foundation into comb amounts to feeding them the proper amount and proper concentration of sugar syrup. (Assuming sufficient pollen is available for them to bring in themselves. If not, pollen substitute patties can be given.) Avoid excessive syrup feeding, as this may lead to the bees using brood combs to hold the syrup, greatly reducing brood rearing. Begin by giving the hive about a pint of 1:1 or 1:2 syrup (one part sugar to one or two parts water, by volume) per day, and increasing or decreasing this amount as indicated by the bees’ behavior.

Avoid feeding too little. If the bees aren’t drawing foundation well, try increasing the amount of syrup given, and perhaps the concentration, as long as they don’t overcrowd the brood combs with it.

If too much syrup is being put into brood combs, move those combs to a bottom super; the bees should carry the syrup up to higher supers. If they don’t, a more thorough re-organization of frames may be needed, with active brood frames surrounded by empty combs, and the syrup combs to the sides of and above these. Also, the concentration of syrup should be reduced to 1:2, with the quantity reduced as needed.

Late in the afternoon is usually the best time to look into the hive, so as not to disrupt the day’s foraging too much. Use as little smoke as is necessary, and make sure the smoke is on the coolish side, definitely not hot. If you know anyone who is giving up smoking tobacco products, ask for his remaining supply. Tobacco is a great smoker fuel. You may have to settle for using burlap (untreated) for smoker fuel or, even more likely, any ground rubbish that is underfoot, like dried grass clippings, pine needles, and old leaves. Putting some green grass at the top of your smoker, after it’s fully going, will help cool the smoke.

There normally is no need to find the queen when you are going through the frames. The presence of eggs and young larvae is a sign that the hive is queen-right.

Do not let the bees become crowded, or they may begin preparations for swarming, which will disrupt normal hive activities and potentially lead to loss in the hive population. Give them a super of foundation before crowding occurs. When doing so, it can greatly help to lift up two frames of drawn comb (brood or empty, but not pollen or capped honey/syrup) into the new super of foundation (replacing, of course, the two removed drawn frames with foundation frames). Doing this will speed up the bees’ acceptance of the newly added super (of mostly foundation). Repeat this supering process as needed. If you run out of supers, use scrap or other wood to construct a 4″ to 6″ spacer between your top super and the  inner cover for temporary relief of bee congestion. The bees may build some comb in it while you are waiting for more supers to arrive, but this is better than your having to deal with swarm preparations.

On the other hand, it is not advisable to give the bees more supers at one time than they need. The prospect of too much work to do seems to discourage them. I’m not kidding.

If you are re-filling a feeder that the bees have emptied, or if you are initiating feeding, it is best to do so in the late afternoon or early evening, to avoid robbing.

Sugar syrup should not be given to bees in cold weather. Giving syrup will usually induce flying, and if it is cold those venturesome bees may not make it back to the hive. Also, proper curing of syrup by the bees takes some time, and is best accomplished in warm weather. Therefore the last several weeks of warm weather in the fall should be devoted to giving the bees enough syrup (2 parts sugar to 1 part water) for adequate winter stores, if the bees don’t already have enough. Be careful not to feed the bees so much so fast that they fill most of the brood combs with syrup, because adequate empty cells in the brood nest are helpful to healthy overwintering, not to mention necessary for continuing brood rearing. The winter stores should always be primarily above, and to some extent outside, the brood nest– not inside it, and most certainly not below it!

Once the bees have enough winter stores, stimulative feeding (for brood rearing and foundation drawing) can be resumed, using 1:2 (or maybe 1:1) syrup. Again, do not give so much that the bees jam the brood combs with it.

How much winter stores the bees need will depend upon your location and the size of your hive and the winter and spring weather. Since you cannot predict the weather, it is best to have enough stores for a worst case scenario. This can mean one and a half or even two shallow supers (6 5/8) of solid capped honey/syrup. Or even more, depending on your location.

A note on feeding:
Most grocery stores sell sugar in five-pound bags (or larger, but there’s little cost savings in the larger sizes). But some of the dollar stores sell sugar in four-pound bags, and I have found this size easy to use for getting the desired sugar-to-water ratios. A four-pound bag of sugar combined with a one gallon jug of water (the latter weighs 8 pounds) yields a 1:2 sugar-to-water mix. Two four-pound bags of sugar and one gallon of water give a 1:1 mix, and four bags of this sugar with one gallon of water gives a 2:1 mix. I always heat the syrup (or cool the syrup, as the case may be) to around 100 degrees F. (no warmer) before giving it to the bees. Never let the syrup get very hot, even if it is later allowed to cool, because overheating can caramelize the syrup, and this is very bad for bees.